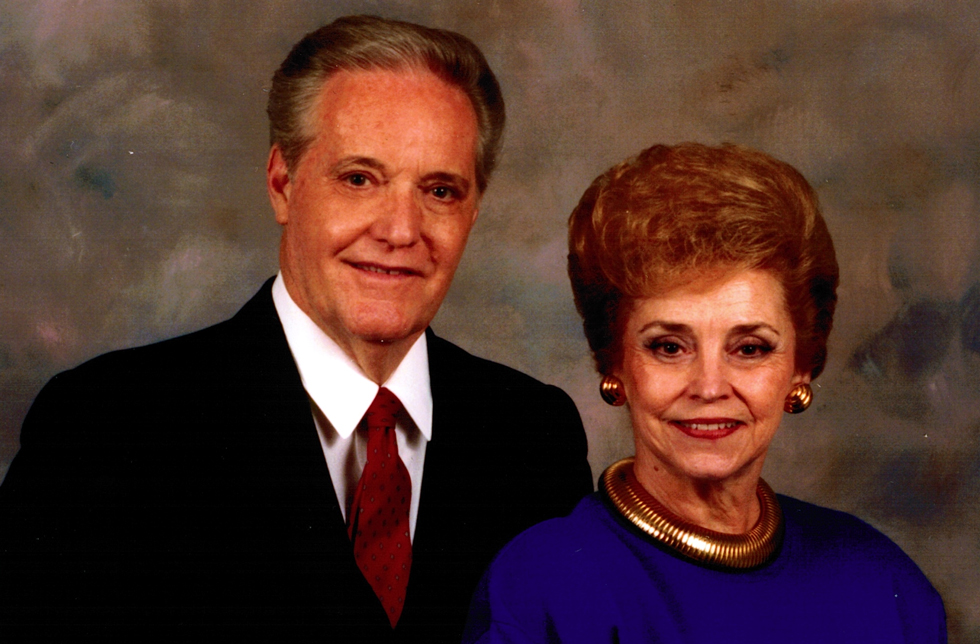 On August 14th of this past year, Rex and Maude Aimee Humbard were inducted into the Gospel Music Association Hall of Fame.

Music has always been a vital part of Rex Humbard’s life and ministry. Beginning at the age of 13 Rex began his musical career, playing the guitar and preaching the Gospel on KTHS AM in Hot Springs, Arkansas.

Not only was Rex a minister and evangelist but also a television personality who played his guitar and sang Gospel Music. With that in mind, Time Magazine used the phrase “Tele-Evangelist” for the very first time.

In 1941, his wife, Maude Aimee, joined him in his ministry and musical career. They sang together in church’s and crusades all over the world.

Through his more than 70 years of ministry, music has always been an important part of Rev. Rex Humbard’s outreach to reach lost souls. Inducted into the Hall of Fame, along with Rex was Ricky Skaggs, the Hoppers, Arethra Franklin, and Dallas Holm.

If you would like to hear Rex and Maude Aimee Humbard’s all time Favorite Songs and Poems on a Beautiful CD: Click this link now.

Our prayer is that through the words and music contained here-in God will bless you with everything good from His Bountiful Table of Blessings.