The Humbard Ministry – officially the Rex Humbard Foundation – stands as one of the premiere media evangelism organizations in history.

It was not only the original among weekly televised church-format outreaches, for which it is historically noted, the Humbard ministry has also produced numerous weekly programs from non-church locations, as well as an extraordinary array of television specials, often from international sites. 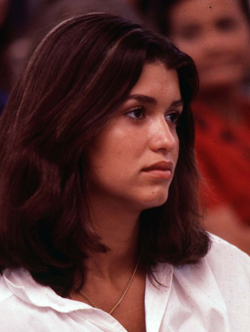 Furthermore, the ministry has always comprised far more than simply its on-air presence. The organization has published unique and valuable special editions of Scripture and a truly remarkable array of Christian books. The powerful ongoing prayer ministry has served as a comfort and inspiration to millions. And the ministry has provided Bibles and various types of spiritual support in partnership with various Christian evangelism and humanitarian organizations around the world.

At its heart, however, the Humbard Family Ministry has always been about evangelism: reaching the world with the Good News of the Gospel, calling lost souls to repentance and salvation through faith in Jesus Christ.

The Humbard Family Ministry by no means ended with the death of Rev. Rex Humbard himself in September 2007. In fact, Rex’s ministry was itself a continuation of the circuit-riding evangelistic work begun by his father a generation before. After many years of serving with his parents, siblings, and extended family “on the road,” Rex was called by God in the early 1950’s to settle in Akron, Ohio, establish a strong church, and begin airing Gospel services on television. (Akron at the time was almost exactly at the population center of the nation.) 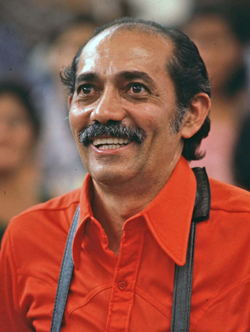 The astonishing growth of this work has been chronicled in dozens of books and publications over the decades: the building of the architecturally advanced Cathedral of Tomorrow, the dramatic expansion of the weekly television program across North America, the development of cutting-edge foreign-language dubbing and an incredible global television network, establishment of a global Prayer Key Family dedicated to prayer and giving for the work of worldwide evangelism, and the list goes on.

In the years that followed, many other religious ministries began their work through television, but Rex and his family “turned the fertile soil of Salvation to sow the seeds of faith in the hearts and lives of a lost and hurting world.”

At its peak the programs of the Rex Humbard Foundation were seen on more than 600 stations in the United States and Canada, and also more than 1400 additional stations around the world. The Services were broadcast in 77 different languages. Rex himself was amazed to see how the Lord would move in the hearts and lives of those who tuned in each week to hear his simple Gospel message of salvation.

Today, Rex Humbard’s two oldest sons, Rex Jr. and Don, who have worked by his side for more than 40 years, are continuing the outreach ministry of the Rex Humbard Foundation, originally incorporated and organized in 1954.

But most of all, for those lost to a life of sin, we offer God’s simple plan of salvation. We will never waver from this commitment for the scripture says,

Our goal is to “Reach the Lost At Any Cost”, to touch lost and hurting souls with God’s message of hope and love. For more than 100 years this family has tried in every way to proclaim the Gospel and minister the Word of God to those in need: physically, spiritually and financially, according to Luke 6:38 from God’s Holy Word.

Your support for this effort can make an enormous impact for the Cause of Christ, leading many to our wonderful Lord, and literally “Rewriting Eternity.”